To date: Over 150 tips received from citizens in the United States and Canada 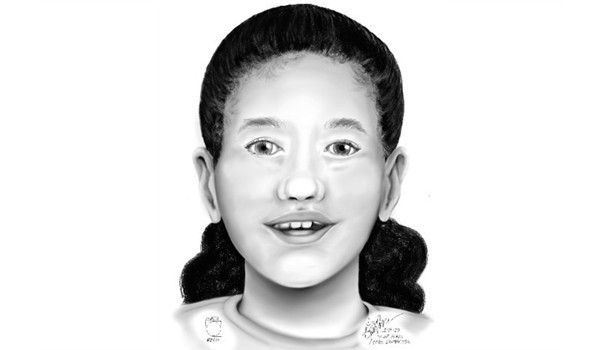 LINCOLN COUNTY, OR (January 11, 2021) -The Oregon State Police is reporting that: As part of the ongoing investigation into the discovery of a female child’s remains at the Van Duzer Rest Area in Lincoln County, the Oregon State Police (OSP) continues to solicit the public’s assistance in identifying the child and the circumstances around her death. To date, we have received over 150 tips from citizens in the United States and Canada. We are deeply appreciative of the public’s input so far, and continue to accept information which may lead to the identification of the child.

A sketch completed by the Clackamas County Sheriff’s Office at our request has also been released.

OSP, in partnership with the Oregon State Medical Examiner’s Office, the National Center for Missing & Exploited Children (NCMEC), and numerous state and local agencies across the United States, are using a variety of means to include or exclude known missing persons who match the general description and/or sketch previously released. This may include, but is not limited to, dental records, age, descriptors, and confirmed sightings via verifiable sources, and/or recent contacts with family or friends that demonstrate they were alive after the remains of the unidentified female were discovered in Lincoln County.

OSP will not comment on the individual methods used to exclude each child.

In an effort to refocus the public’s attention and reduce duplicative tips, OSP is now prepared to publicly exclude the following reported missing children from our investigation:

OSP reminds the public that: While these children have been excluded from our investigation, they are all still reported missing and we ask the public to continue to be vigilant for these children and all other missing persons reported across the nation.