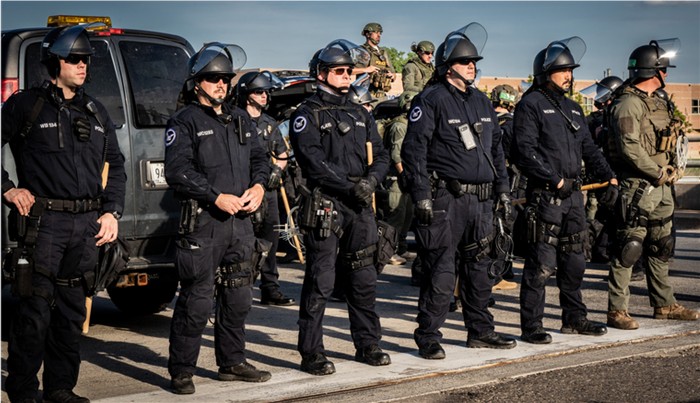 (Stock photo):National Guard and Police standing off to control Minneapolis, Minnesota riots in May of 2020 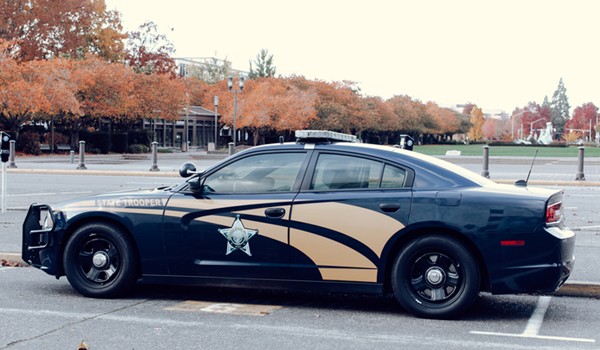 “The Oregon State Police will continue to take a neutral role in ensuring Oregonians exercise their First Amendment rights,” said Oregon State Police Superintendent Davie. “For the past seven months, your Troopers have responded throughout Oregon to various protests, unlawful assemblies and riots. Our goals have always been to protect people, protect people’s rights and to protect property. The recent events at our Nation's Capitol building and at our own statehouse illustrate the need for law enforcement to be prepared and appropriately staffed for any large gatherings,” Davie added.

The Oregon Army National Guard will be deployed as necessary and their deployment locations will not be made public. OSP and the ONG routinely work and train together in response to Oregon’s challenges, including civil unrest, human remain recovery in the recent wildfire response and safeguarding our communities in times of crisis.

Oregon State Police will continue to work with our local, state and federal partners in planning for potential events at the Oregon State Capitol or any other jurisdiction in Oregon. OSP will continue to leverage their strong partnerships with local and federal law enforcement, in efforts to provide safety to legislators and employees conducting the people’s business in the Capitol.

The Oregon State Police does not discuss the specifics of potential threats or tactical plans made unless it is determined there is a public safety need.