Police in Manchester, Kentucky Arrest a Pulaski County Man for Drugs After Stopping a Vehicle Attempting to Enter the Exit Ramp of Parkway 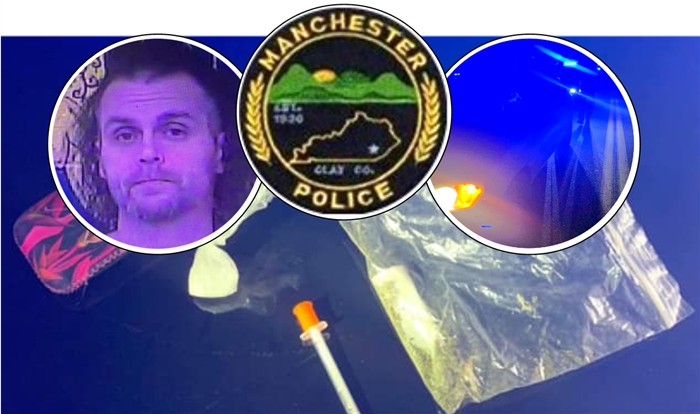 MANCHESTER, KY - The Manchester Police Department is reporting that: Early Thursday morning at approximately 12:30 AM, K9 Officer Ryan Jackson conducted a traffic stop on a vehicle for attempting to enter the exit ramp of Hal Rogers Parkway. K9 Officer Jackson came into contact with Steven Delong, 42 of Foxborugh Court Rd.

Delong stated to Officer Jackson that his license was not valid and he did not have paperwork with the vehicle.

While speaking with the driver,  Sgt. Jeff Couch noticed several white baggies and a needle hanging out of a pouch in the back floor board of the vehicle in plain sight.

Upon searching the pouch officers located:

Steven Delong was charged with:

Assisting at the scene was Officer Wes Wolfe and Lt. Taye Napier.