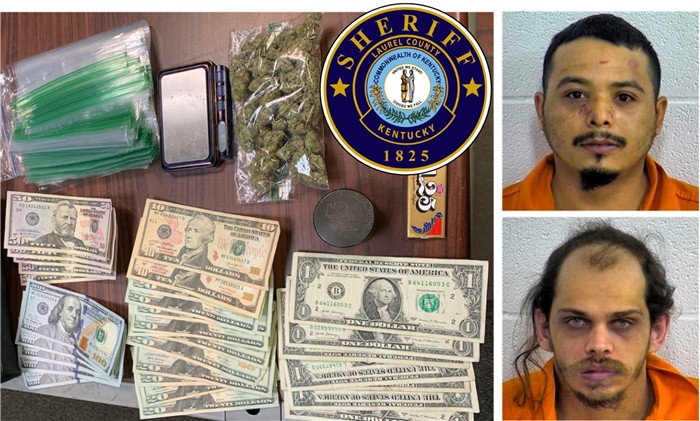 Deputy France traveled out East Hal Rogers Parkway and located the suspect vehicle, a black Chevrolet Silverado and conducted a traffic stop, determining that the driver was under the influence.

It was also determined that this vehicle was the hit and run vehicle.

A passenger in the vehicle identified as: Jesse Ray Couch age 26 of Statue Road, Manchester, KY was also arrested after being found with a large quantity of Marijuana.

Jesus Angel Lozano was charged with:

Jesse Ray Couch was charged with: