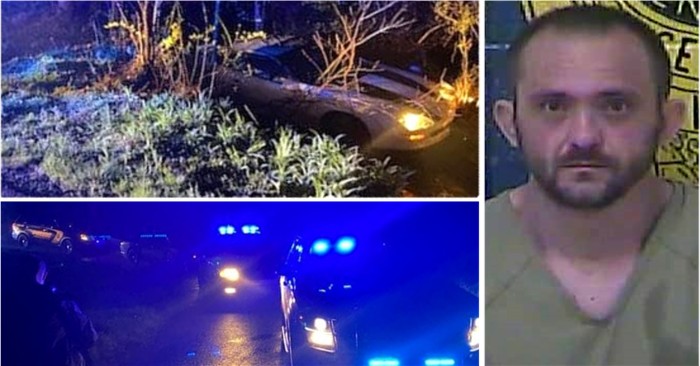 The arrest occurred on Roots Branch Road when Deputy Brumley attempted to conduct a traffic stop on the vehicle the above mentioned subject was operating on Curry Branch Road.

When Deputy Brumley activated his emergency lights the above mentioned subject accelerated the vehicle with intent to evade Deputies.

After a short distance later the vehicle crashed out and became immobile and the subject was placed under arrest without further incident.

Michael Johnson was charged with:

The photos attached are provided by the Clay County Detention Center and Deputy Brumley.