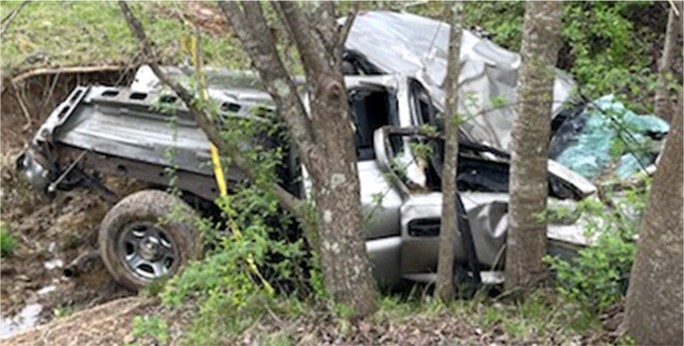 Sheriff's investigators report that apparently a tan colored Chevrolet pickup was traveling northbound on KY 229 when it lost control traveling off the roadway on the right shoulder over turning causing a fatal injury to the lone occupant, the driver.

The deceased individual was identified as: Zachary Turner age 24 of Barbourville, KY pronounced deceased at the scene by the Laurel County Coroner's Office.