Murder Indictment Returned by Grand Jury in Pulaski County, Kentucky in Case of Victim Missing Since May of 2019 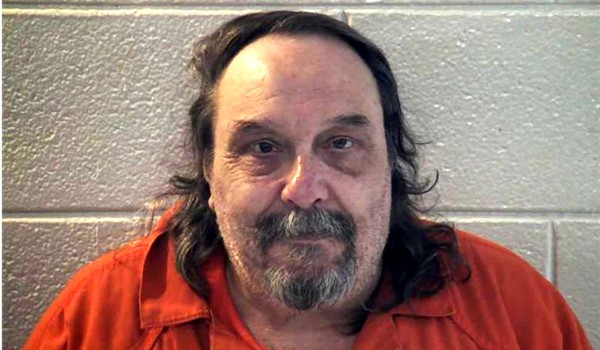 SOMERSET, KY - Sheriff Greg Speck reports that on May 5, 2021, Lieutenant Bobby Jones, Commander of the Sheriff’s Office Criminal Investigations Division appeared before the Pulaski County Grand Jury in the case of the murder of Leanna Brumley who had gone missing in May of 2019.

On May 6, 2021, Lieutenant Jones served the indictment on Gerald Alvalon Hendricks at the Pulaski County Detention Center where he had been previously lodged on unrelated charges.
Mr. Hendricks’ bond has been set at $500,000 Cash/Property.

The case remains under investigation by Lieutenant Bobby Jones and the Major Crimes Task Force which consist of the Pulaski County Sheriff's Office, the Somerset Police Department, the Kentucky State Police, and the Burnside Police Department.

INITIAL PRESS RELEASE ON THE ARREST OF DANELLE N. POWELL

Sheriff Greg Speck announces the arrest of Danelle N. Powell who was being sought in connection with the disappearance and subsequent murder of LeeAnna Brumley.
This morning, members of the Pulaski County Major Crimes Task Force, with the assistance of the U.S. Marshal’s Office, located and arrested Ms. Powell at an apartment on West Columbia Street in the city limits of Somerset. 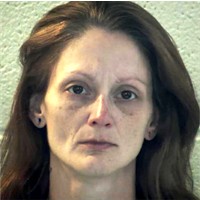 At 10:33 AM, Ms. Powell (left) was charged at the Sheriff’s Office on a District Court Warrant with one count of Murder in the death of LeeAnna Brumley. Ms. Powell is 33 years old and was residing at an apartment on West Columbia Street where she was arrested this morning without incident. She was lodged in the Pulaski County Detention Center.

Earlier last week, members of the Major Crimes Task Force searched a field off Charter Oaks Road in northern Pulaski County and located several human bones that were sent to the Medical Examiner’s Office for examination. The Task Force is awaiting those results; however all information leads investigators to believe this is the partial remains of LeeAnna. Today, members of the Cajun Coastal Search and Rescue out of Louisianna conducted a more thorough search of that area looking for other evidence in the disappearance and murder of LeeAnna. They also checked an area off of Anderson Valley Lane in the Science Hill area of northern Pulaski County.

Sheriff Speck credits the Major Crimes Task Force for the arrest, stating the Task Force has put in countless hours in this investigation. He further states that the investigation is not over and that the Task Force will continue to investigate to make sure that all those responsible for the death of LeeAnna in any way will be identified and held accountable. Additional arrests are expected in the murder and disappearance of LeeAnna Brumley.

Lieutenant Bobby Jones, the Commander of the Pulaski County Sheriff's Office Criminal Investigations Division and the lead investigator in this case, still requests that if anyone has any information about the murder or any aspect of LeeAnna’s disappearance, to please come forward or contact the Pulaski County Sheriff's Office at 606-678-5145. There are additional arrests expected to be made in the murder and disappearance of LeeAnna Brumley.

Photos of the accused courtesy of the Pulaski County Detention Center.