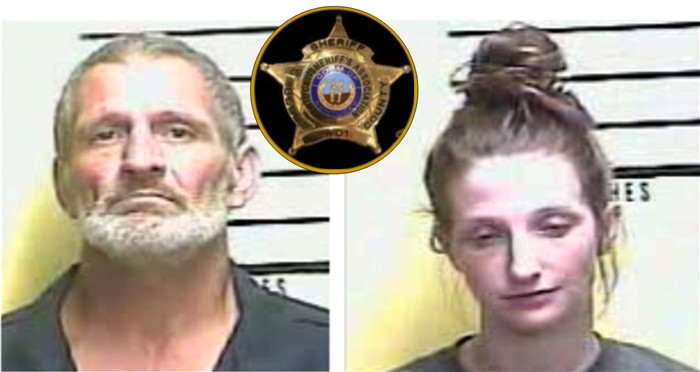 During the operation, 50-year-old Robert Wayne Beverly of Kettle Island, KY approached the checkpoint in a 2005 gold Chevrolet stating to deputies that he had no insurance.

Deputy Southern directed Wayne to pull to the side of the road for further investigation.

As the deputies were walking back up to the vehicle, Beverly and his occupant, 28-year-old Whitney Dawn Brock of Pineville, KY were observed acting erratically and moving around.

Deputy Foster asked if there was anything illegal in the vehicle and both replied no.

Beverly was asked to exit the vehicle by Deputy Southern and for consent to search his person and the vehicle, which he gave.

He was found to be in possession of a black container of a crystal-like substance believed to be Methamphetamine and told the deputy: “man, I’m sorry, I forgot that was in there."

After given consent to search, Deputy Foster searched Brock’s purse on the floor in front of where she was seated. Found was a clear container which held a clear bag of a crystal-like substance believed to be Methamphetamine along with a syringe, a glass pipe, and a yellow pack containing a suboxone strip with no prescription for it.

Both Beverly and Brock were taken into custody.

Robert Wayne Beverly was charged with:

Whitney Dawn Brock was charged with:

Both were lodged in the Bell County Detention Center.

Photos of the accused are courtesy of the Bell County Detention Center.