Deputies responding to a Complaint in Knox County, Kentucky locate Suspect lying on Train Tracks with Pistol in Hand and are assaulted by Him 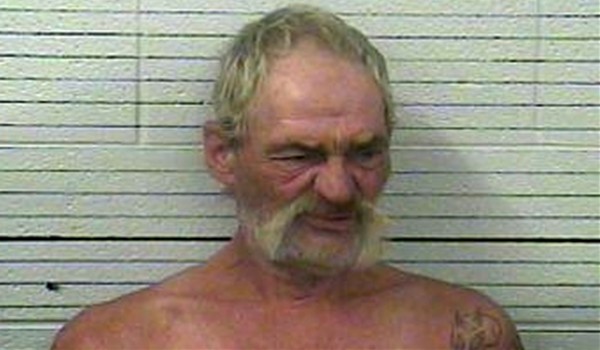 BARBOURVILLE, KY - The Knox County Sheriff's Department is reporting that on Saturday, October 9, 2021, at approximately 7:20 P.M Knox County Deputies Jesse Smith and Scotty Wilson responded to a complaint of a man coming to a residence on Quinn Loop in Gray and firing a handgun several times.

The man also stuck the weapon to the man’s chest before he left the residence and continued to fire the weapon while walking away on the railroad tracks.

The deputies made contact with the man at approximately 7:45 P.M. He was identified as 54-year-old Doyle Golden of Gray, KY, and was lying on the train tracks with the pistol in his hand. When the deputies attempted to arrest Golden, he became combative and assaulted both deputies.

After a lengthy struggle, Golden was arrested.

The Terroristic Threatening charges were the result of Doyle Golden repeatedly threatening to kill the deputies.

While being processed at the Knox County Detention Center, Doyle Golden struck a deputy jailer in the face with his fist and also threatened to kill him.

Doyle Golden was then charged with: