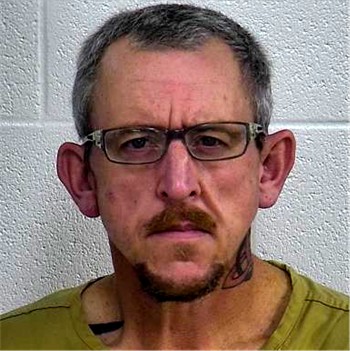 Deputies dispatched to an out-of-control Subject in Laurel County, Kentucky

The arrest occurred off Robinson Road, approximately 1 1/2 miles north of London after deputies were dispatched to an out-of-control possibly under the influence subject there.

When deputies arrived at the scene and conducted an investigation they found this individual in possession of a rifle, and determined that he was a convicted felon.

Jon Wagner was charged with: