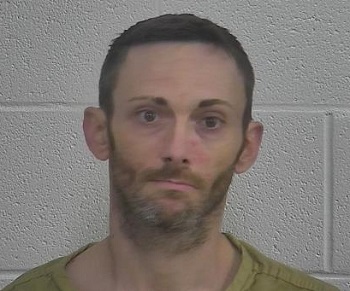 The investigation was conducted on Thursday morning at approximately 8:07 A.M. after Sheriff's investigators were dispatched to an apparent overdose at a business off US 25 approximately 2 miles north of London.

When detectives arrived at the scene, they found a female subject unresponsive and utilized two containers of Narcan to revive the female subject.

She was transported by Ambulance Inc. of Laurel County to an area hospital for treatment.

Detectives learned through investigation that the female subject had allegedly gotten her drugs from David Cornett and thought it was Heroin but it was Fentanyl.

Detectives then traveled to Cornett’s residence where they interviewed him and he admitted giving the female subject the drugs earlier.

Detectives found him in possession of baggies containing suspected Fentanyl matching those that the female victim had in her possession.

David Cornett was charged with: