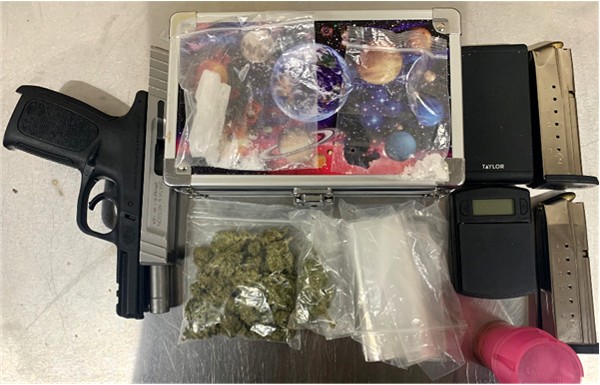 Deputy Hudson stopped a Dodge Journey SUV on WTLO Road for a traffic violation. Stacy Smith was a passenger in the vehicle. Stacy Smith tried to conceal her identity during the traffic stop by giving false information.

When Deputy Hudson tried to talk to the driver by herself to see who Ms. Smith was, Ms. Smith fled on foot.

Deputy Hudson was able to apprehend her after a brief struggle. Ms. Smith was then identified as Stacy Smith, who stated she had given false information and ran because she knew she had warrants on her.

Deputy Hudson continued the investigation and was able to search the vehicle. In it, he located 13 grams of Methamphetamine, 17.7 grams of Marijuana, and items usually associated with trafficking in illegal drugs.

Deputy Hudson searched a bag that Ms. Smith had in her possession while fleeing from him. Deputy Hudson found a Smith and Wesson Handgun and two loaded magazines in the bag. 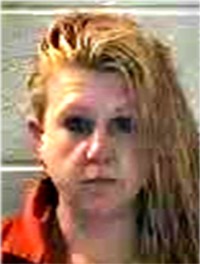 Stacy Smith (right) was charged with the following charges:

Ms. Smith was lodged in the Pulaski County Detention Center, where she remains lodged as of this press release

All drug evidence has been logged into the Sheriff's Office Evidence Room, where it will be sent to the crime lab for identification.

Through Deputy Hudson's investigation, he was not able to arrest the driver of the car.

This investigation continues by Deputy Tan Hudson. He was assisted at the scene by other Deputies with the Pulaski County Sheriff's Office, the Kentucky State Police, the Somerset Police Department, and the Somerset/Pulaski Emergency Medical Services.

Sheriff Greg Speck asked that if you have any information about drug activity or any crime, contact our office at 606-678-5145. You can remain anonymous. You can also leave a tip on our webpage at http://www.pulaskisheriff.com