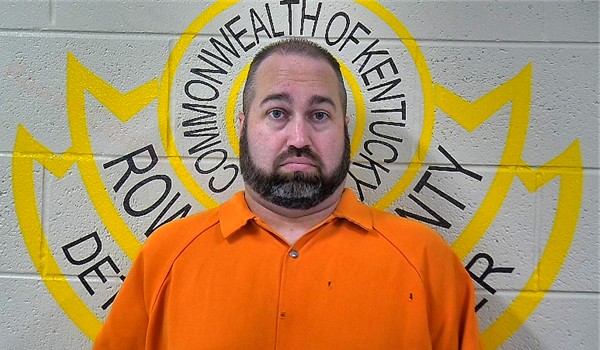 LEXINGTON, KY (March 28, 2022) — A Morehead, Ky., man, Joshua Preece, 40, was sentenced to 300 months in federal prison on Monday, by U.S. District Judge Karen Caldwell, after pleading guilty to enticing a minor victim to engage in sexually explicit conduct for the purpose of producing child pornography.  Preece is a former Bath County Deputy Sheriff.

According to Preece’s plea agreement, on November 5, 2018, he admitted to answering a call about a minor victim who was acting out of control at her residence.  After responding, he transported the victim to a remote area in Bath County.  There, Preece sexually assaulted the victim, later asking for sexually explicit photos of the victim via Snapchat.  When reviewing Preece’s phone, law enforcement found multiple sexually explicit images.

Preece admitted to the conduct and pleaded guilty to the charge in October 2021.

Under federal law, Preece must serve 85 percent of his prison sentence.  Upon his release from prison, he will be under the supervision of the U.S. Probation Office for life.

“The conduct in this case is simply disgraceful,” said Carlton S. Shier, IV, United States Attorney for the Eastern District of Kentucky.  “The offense itself – a brazen act of child exploitation and abuse – is abhorrent, but the fact that he did it while he was a law enforcement officer makes it even more so.  He abused a vulnerable victim, while also betraying a public trust and doing enduring disservice to the dedicated efforts of all law enforcement.  I am grateful for hard work of our law enforcement partners, whose efforts made this prosecution possible.”

The investigation was conducted by the U.S. Secret Service and KSP.  The United States was represented by Assistant U.S. Attorney David Marye.