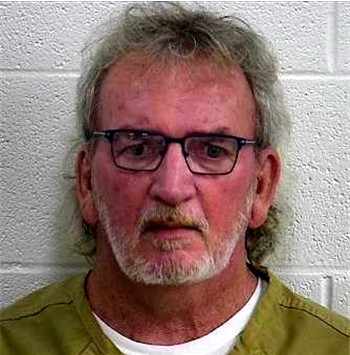 The arrest occurred off Orchard Road, approximately 6 miles north of London after Terry A. Roark was charged on a Laurel District Court warrant of arrest on a case investigated by K-9/shift Sgt. Gary Mehler on April 4, 2022 where allegedly this individual fired a weapon from a car in the direction of three adults at a residence there.

Investigation has determined that this suspect is a convicted felon on charges of:

In addition a female victim there had an active EPO on the suspect.

Photo of accused attached is courtesy of the Laurel County correctional Center.