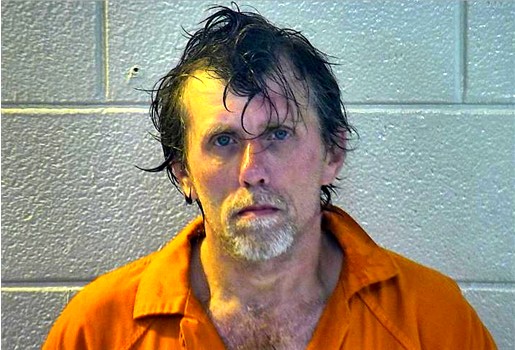 They then observed the motorcycle traveling at a high rate of speed and driving recklessly, going east on KY 192. The Deputies activated their emergency equipment to stop the motorcycle, but he did not stop. He continued to drive recklessly and crossed over into Laurel County but eventually had to stop on London Dock Road as that is a dead-end road.

Hendrix dropped his motorcycle and tried to run on foot but gave up after a short distance. He was arrested at this time without further incident.

After Hendrix was in custody, the Deputies noticed a strong odor of alcoholic beverages and other indicators that he was under the influence of either drugs or alcohol or both.

Continuing with the traffic stop and investigation, Deputies located two bags of suspected Methamphetamine in the saddle bags of the motorcycle. One of those bags contained approximately 1 gram, while the other had approximately 6 grams.

Items, usually associated with drug use and sale, were located, and confiscated by the Deputies.

Deputies also confiscated $152.00 in cash and a bottle of whiskey.

All evidence seized has been logged into evidence at the Pulaski County Sheriff's Office. The illegal drugs will be submitted to the lab for examination.

Charles Ray Hendrix, Jr. was charged with the following charges:

Deputies also discovered that Hendrix, Jr. had a warrant out of Pulaski District Court for Contempt of Court from 2019 related to:

Hendrix, Jr. also had another warrant from Pulaski District Court for:

Charles Ray Hendrix, Jr. was transported to the Pulaski County Detention Center, where he remains lodged as of this press release.

This case remains under investigation by Deputies Tan Hudson and Preston Pitman.

Sheriff Greg Speck asks that if you have any information about drug activity or any crime, contact our office at 606-678-5145. You can remain anonymous.