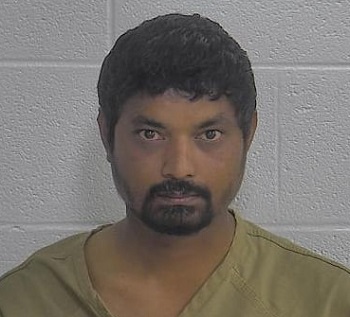 The arrest occurred in a business parking lot off Highway 312 approximately 10 miles South of London after deputies were dispatched to a suspicious vehicle complaint in the vicinity there.

Deputies located the suspect vehicle, a black Chevrolet Traverse, and conducted an investigation on its driver.

Deputies noted an open alcoholic beverage container in the console. The investigation determined that the driver was under the influence.

The driver stated that he was unaware that you could not drink and drive.

Dhavalkumar Patel was charged with: