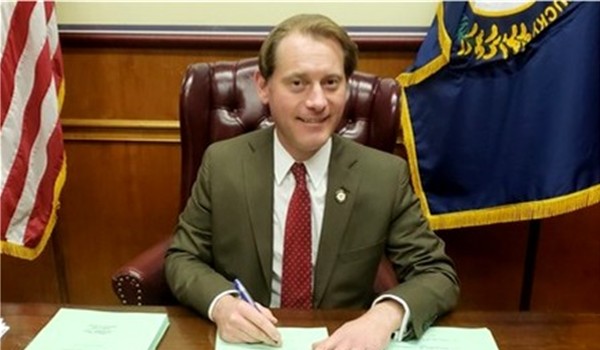 The school was the only one in the state to register 100 percent of its eligible students to vote – the second year in a row they accomplished this.

“The civic-mindedness of Burgin High School’s staff and students gives me hope for our future,” Adams said. “I hope our new voters in Burgin will become poll workers as well.” 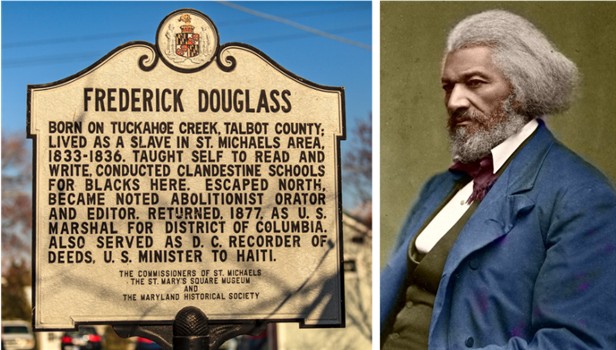 Historic Marker Sign in St. Michaels, Maryland and portrait of Frederick Douglass who was an African-American social reformer, abolitionist, orator, writer, and statesman.

The Frederick Douglass Award program – named in honor of the iconic social reformer and statesman – is operated in partnership with the Kentucky YMCA Youth Association.

“We are proud of Burgin Independent for once again achieving the Frederick Douglass Award!” said Beth Malcom, CEO and President of the Kentucky YMCA Youth Association. “Our partnership with the Secretary of State’s Office has given our students the opportunity to take charge of youth voter registrations with their peers and schools.”

Jennifer Barlow, a social studies teacher at Burgin High School, added, “It is an honor to receive the Frederick Douglass Award for the second year in a row, but it is more important to me that my Student Y President Marlee Henson took the initiative to lead the voter registration drive within our school. Getting young people involved in the election process is something that any teacher would be proud of.”