FRANKFORT, KY (May 28, 2022) – Attorney General Daniel Cameron announced on Friday that an investigation by his Cyber Crimes Unit resulted in the indictment and arrest of Jesse Mosley, Jr., 36, of Vanceburg for child exploitation charges. 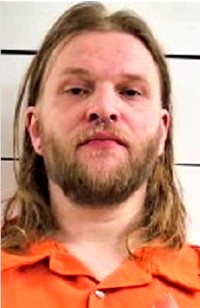 Jesse Mosely was indicted In April by a Lewis County Grand Jury for:

Mosley is currently being held at the Boyd County Detention Center.

Melvin Leonhart, Commonwealth's Attorney for the 20th Judicial Circuit, is prosecuting the case on behalf of the Commonwealth.

The Lewis County Sheriff's Department and the Cabinet for Health and Family Service's Department for Community Based Services also provided assistance.

The charges in an indictment are allegations, and the defendant is presumed innocent unless and until proven guilty.