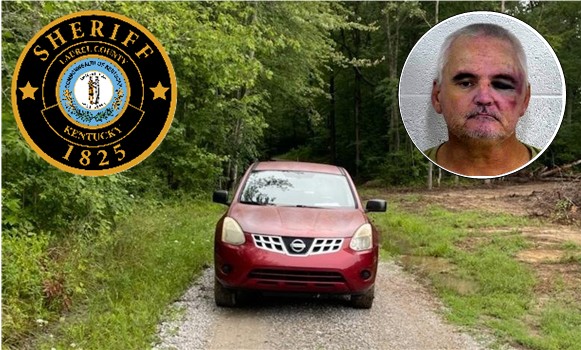 When Deputy Tommy Houston and Deputy Josh Velasco arrived at the scene, they noted observing a maroon colored SUV blocking the roadway and a male subject who appeared to be passed out under the wheel with the engine running.

As deputies exited their patrol vehicle and approached the suspect vehicle, the suspect revved the engine up as if he was going to strike officers or attempt to flee in his vehicle.

Deputies were able to turn the vehicle off and attempted to get the suspect to exit the vehicle however he became very combative, growling and gritting his teeth while attempting to strike at deputies.

The suspect then attempted to bite Deputy Houston as deputies struggled with the suspect.

Deputy Brent France arrived to assist at the scene as the suspect continued to elevate his level of combativeness with deputies and attempted to kick Deputy France.

Deputies were able to place the suspect in the patrol car.

Paris Drummonds was charged with:

Photo of arrest scene attached to this report.