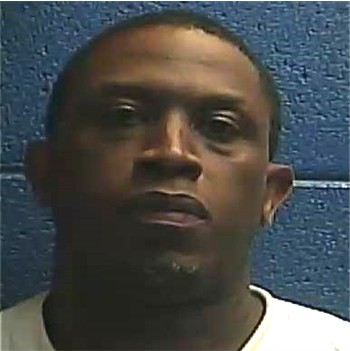 BRODHEAD, KY (July14, 2022) – The Kentucky State Police is reporting that on April 02, 2022, KSP Post 11, in London, was notified of an armed robbery which occurred in the Brodhead community of Rockcastle County.

The robbery occurred at a local Brodhead business where an unknown black male brandished a handgun.

During the course of the robbery, the unknown black male obtained a sum of money as well as forcing the store employees into a closet where he eventually fled the business.

Kentucky State Police investigators with Post 11 were able to develop a lead in the robbery with the assistance of the business’ video surveillance footage.

KSP investigators were able to obtain information and corroborating evidence that led to a suspect.

Detective Royal presented this case to the Rockcastle County Grand Jury and a warrant was issued for 42-year-old Danyell L. Griffith of Chicago, Illinois.

With the assistance of the Chicago Police Department as well as the United States Marshall’s Office, Griffith was apprehended in Chicago and extradited back to Kentucky.

Danyell Griffith is charged with:

Griffith was lodged in the Rockcastle County Detention Center where according to JailTracker, he is being held on a $50,000 CASH/PROPERTY bond.

Photo of the accused is courtesy of the Rockcastle County Detention Center.

Detective Royal is continuing this investigation.