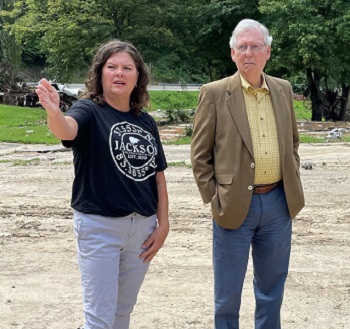 “During my travels throughout Eastern Kentucky, I had the opportunity to visit the families and communities affected by catastrophic flooding and surveyed some of the areas that have undergone the most extensive damage. I am deeply grateful to the Kentucky National Guard, emergency personnel, and volunteers working around the clock to clear debris and save lives. I’ve been in contact with the President, federal officials, and state and local leaders since the beginning of this disaster and will continue to use my role in the Senate to advocate for extensive federal aid for Eastern Kentucky,” said Senator McConnell. 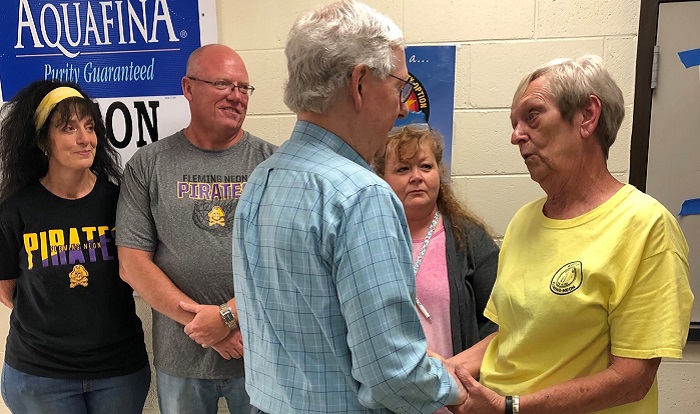 The President has approved extensive federal help for Kentuckians impacted by flooding. A full list of assistance programs is available on Senator McConnell’s website: www.mcconnell.senate.gov 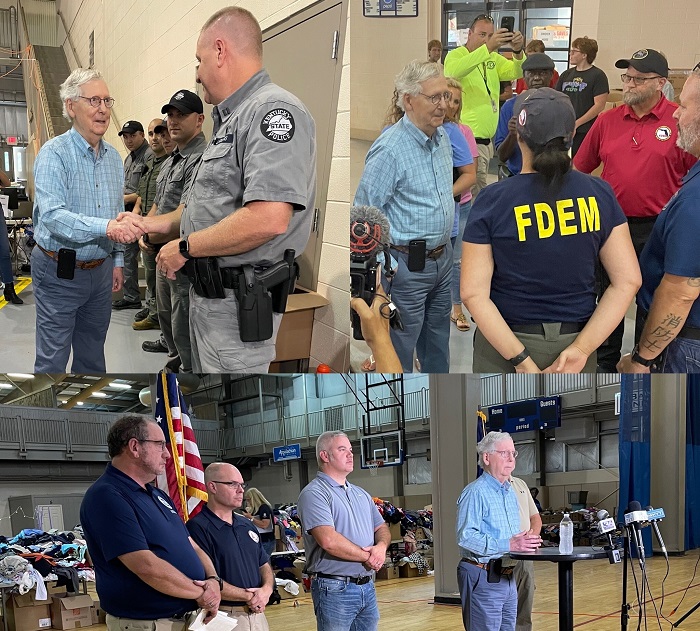 After hearing concerns from Eastern Kentucky families and local officials during this week’s visits, Senator McConnell contacted the FEMA Administrator again to encourage expedited assistance for Kentuckians impacted by flooding.