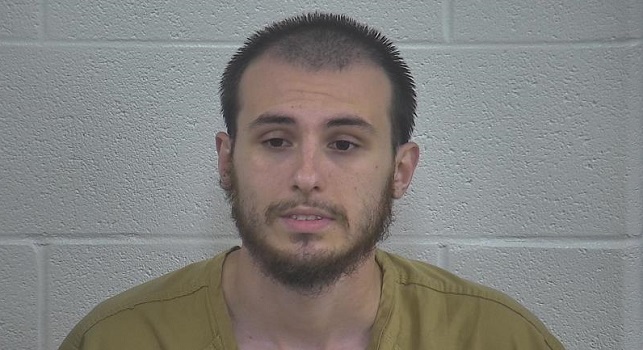 The arrest occurred on I–75 at exit 38 near London after Deputy Napier attempted to conduct a traffic stop on a vehicle driving at an excessive rate of speed northbound on I-75 approximately 4 miles South of London.

When Deputy Napier activated his emergency equipment, the vehicle – a silver Ford Fiesta, failed to stop switching lanes from the far right-hand lane to the far left-hand lane in the three line section and traveled more than 4 miles to exit 38 near London where Major Chuck Johnson, who also activated his emergency, had the exit ramp blocked. The suspect vehicle attempted to go around Major Johnson’s cruiser but could not and the suspect vehicle stopped.

An investigation was conducted on the driver who was found in possession of synthetic drugs.

Gregory Sartin was charged with: