MCMINNVILLE, OR (UPDATE #1) - The Oregon State Police is reporting that the investigation into an officer-involved shooting in McMinnville on Tuesday, August 23, 2022 continues, the involved officers are identified as Justin Schwartz and Cody Williams. Officer Schwartz began his law enforcement career with the Yamhill County Sheriff’s Office in 2009 and has worked for the McMinnville Police Department since 2017. Officer Williams is a three-year veteran of McMinnville Police Department and was previously employed as a police officer in Kansas.

On Tuesday, August 23, 2022, at approximately 2:07 PM, Officers Schwartz and Williams responded to an apartment building on SW Barbara Street in McMinnville to investigate a report of a suicidal male at that location. The decedent, later identified as Laurence Dickson (69), had called to report that he felt like he was going to harm himself.

Officers arrived and asked Dickson to exit the building to speak with them. When Dickson exited the building, he was carrying what officers believed to be a firearm; however further investigation showed that it was an air gun that is designed to resemble a revolver.

Photos have been included of the actual air gun used, the manufacturer’s photo of the air gun and a picture of an actual revolver that it resembles. 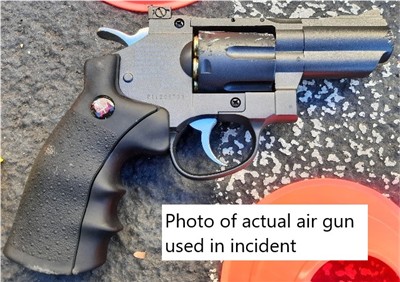 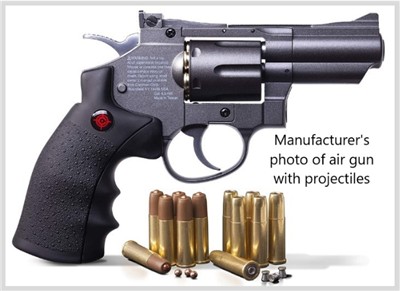 Manufacturer’s photo of the air gun with projectiles 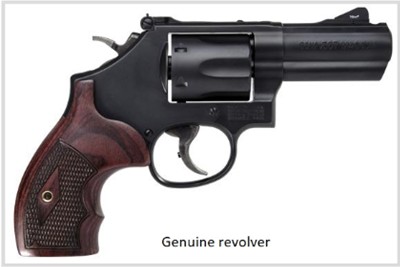 On August 23, 2022, at approximately 2:07 PM, officers from McMinnville Police Department responded to an apartment building on SW Barbara Street in McMinnville to investigate a report of a suicidal male at that location. When officers arrived, the male exited the apartment building and confronted officers. Preliminary investigation has indicated that at least one round was fired by officers, striking the subject. Medical aid was rendered but the subject was declared deceased at the scene.

The decedent has been identified as Laurence Dickson (69). His immediate next of kin have been notified.