Narcotics seized from Scene of High-Speed Pursuit on KY 80 after K-9 Alert at Traffic Stop on Highway 914 in Pulaski County, arrested was a London, Kentucky Man and a Cambridge City, Indiana Man 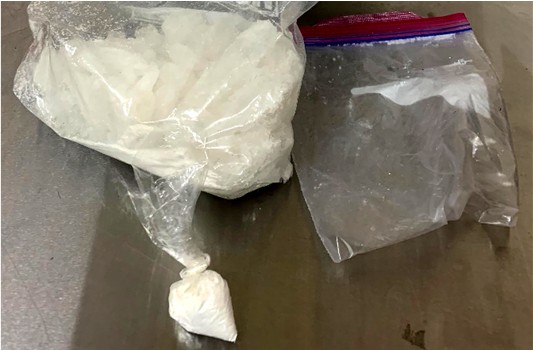 Detective Tan Hudson conducted a traffic stop of the vehicle on Highway 914 at the intersection of South Highway 1247. Detective Hudson spoke to the driver, Gary Lee Voiles, age 61 of London, Kentucky, who provided Detective Hudson with an expired insurance card. 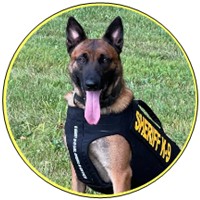 While verifying the information on Voiles’ vehicle and the passenger, John Buell Carico, age 55 of Cambridge City, Indiana, Sergeant Branson Patterson arrived on scene with his K9 Rocky (right).

Detective Hudson asked for consent to search the vehicle, due to the occupant’s actions.

Sergeant Patterson walked Rocky around the vehicle and advised Detectives Rocky alerted to the presence of narcotics in the vehicle.

Sergeant Patterson, after securing Rocky in his patrol unit, removed Voiles, the driver, from the vehicle.

Detective Hudson attempted to remove Carico from the vehicle, however Carico’s door was locked. Carico, previously the passenger, slid across to the driver’s side of the vehicle and fled the scene.

While leaving the scene, Carico struck Sergeant Patterson with the cab of vehicle, and nearly struck Voiles. Carico fled north bound on Highway 914.

Detective Hudson and Sergeant Patterson began pursuing Carico from the scene, leaving Voiles with Detectives on the scene.

Voiles proceeded to the intersection of KY 914 and East Highway 80, where he turned eastbound, toward London. Deputies were joined in the pursuit by Law Enforcement Officers from various agencies. The pursuit continued eastbound on Highway 80 reaching speeds in excess of 100 MPH.

Carico reached the intersection of Highway 80 and Highway 461, where he drove through cones and entered into the gravel portion of the construction zone. Carico then took the Somerset exit on the clover leaf and began traveling westbound on East Highway 80, toward Somerset.

The Somerset Police Department set up at various intersections to deploy stop sticks, in an attempt to terminate the pursuit. Their efforts were successful at the intersection of Kentucky 914 and East Highway 80, deflating the driver's front tire. Carico continued a short distance where his vehicle became disabled and came to a stop. Carico was ordered from the vehicle, where he was taken into custody without further incident.

Detectives arrived on scene, examined the contents of the bag, and discovered a large quantity of Methamphetamine, Cocaine, and Gabapentin.

After further investigation, it was determined the substances came from inside of the vehicle, after Carico fled.

Seized from the scene was: 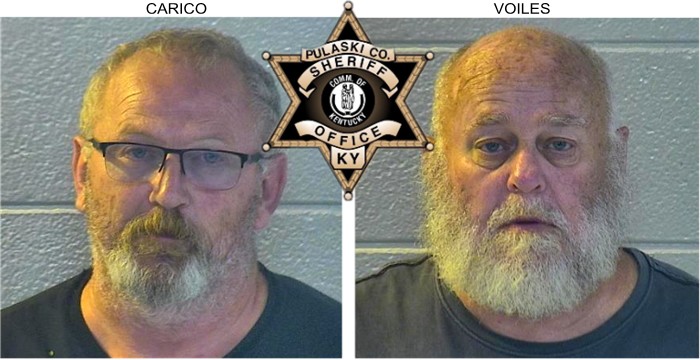 Both individuals were taken into custody and lodged in the Pulaski County Detention Center.

John Carico was charged with:

Gary Voiles was charged with:

Photos of the accused are courtesy of Pulaski County Detention Center.

Contraband photo is from the Pulaski County Sheriff's Office.

Sheriff Greg Speck asked that if you have any information about drug activity or any crime, contact our office at 606-678-5145. You can remain anonymous. If you go to the Pulaski County Sheriff's Office website at www.pulaskisheriff.com/tip.php, it gives you three options to submit anonymous tips.