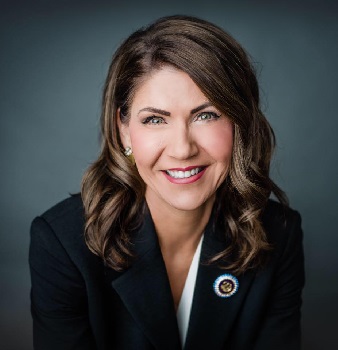 PIERRE, S.D. - South Dakota State News is reporting that on Monday, September 12th, 2022, Governor Kristi Noem and 21 of her fellow Republican governors sent a letter to President Biden saying they oppose his plan to forgive students their federal loans, saying that debt would then have to be paid for by taxpayers.

“Only 16-17 percent of Americans have federal student loan debt, and yet, your plan will require their debts to be redistributed and paid by the vast majority of taxpayers,” wrote Governor Noem and her colleagues. “Shifting the burden of the debt from the wealthy to the working Americans has a regressive impact that harms lower income families.”

The governors in their letter questioned whether the President had the actual authority to forgive such loans. They also said the President’s plan is bad economic policy given the current high rate of inflation and that it also takes away the need for personal responsibility.

“College may not be the right decision for every American, but for the students who took out the loans, it was their decisions: able adults and willing borrowers who knowingly agreed to the terms of the loan and consented to taking on debt in exchange for taking classes,” continued Governor Noem and the other Governors. “A high-cost degree is not the key to unlocking the American Dream – hard work and personal responsibility is.”

You can read the full letter here courtesy of South Dakota State News.