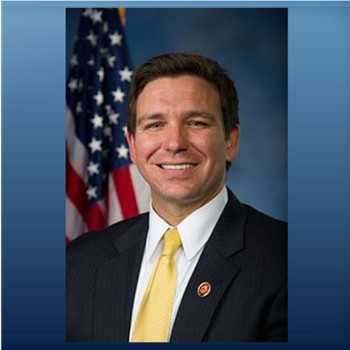 Florida also leads the nation in new business formations with 1,534,221 new businesses, outpacing second place California by more than 250,000 new business formations since January 2020. For 25 consecutive months, Florida’s statewide unemployment rate has either declined or remained unchanged, and for 21 consecutive months, since December 2020, Florida’s unemployment rate has been lower than the national rate.

“Florida has the lowest unemployment rate among the 10 most populous states and the highest number of new business formations because we have encouraged workforce development, kept the economy open, and put Florida families first,” said Governor Ron DeSantis.

“Our economy is steady and resilient — proof that Governor DeSantis’ freedom first policies are working, despite the nation’s economic uncertainty,” said DEO Secretary Dane Eagle. “DEO is committed to supporting the Governor in advancing the economy by focusing on the state’s workforce, businesses, and communities. More people are moving to Florida than any other state in the nation. We are first in the nation for net migration because their families can thrive here.”

Data in the month of August continues to indicate there are many job opportunities available for Floridians throughout the state, with more than 500,000 jobs posted online. Floridians in search of work and new job opportunities are encouraged to turn to the CareerSource Florida network for help.

Floridians can find guidance on how to register with Employ Florida and search listings of available local job openings. Career seekers also can improve their employability by perfecting resume writing and interviewing skills, establishing career goals, and pursuing customized career training. These services are provided at no cost to job seekers.

Florida Economic Indicators for August 2022 include:

Private sector industries gaining the most jobs over the month were: