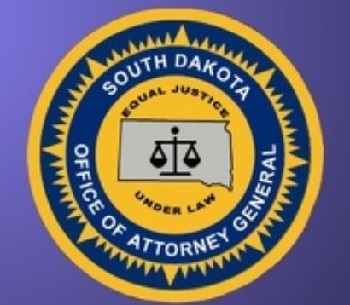 “We are hoping that we can work more closely together to solve the problems that we have together,” said Attorney General Mark Vargo to the nearly 100 people gathered in a circle in the courtyard of the George S. Mickelson Criminal Justice Center. “Our problems do not respect ethnicities or jurisdictional lines. They don’t respect lines on the map. So why should our response be divided by those things?”

Pastor Jonathan Old Horse from Rapid City’s Woyatan Lutheran Church also addressed the gathering. “We are very honored to be here and to start on a new life chapter with our two communities with our two distinct peoples to share in these medicines and move forward,” he said.

Following the courtyard welcome that included the ceremonial burning of sage, or smudging, the Attorney General convened a meeting of Indigenous leaders from across the state to advise him as he prepares to hire the state’s inaugural MMIP liaison officer.

Longtime advocate for missing and murdered Indigenous women and Red Ribbon Skirt Society founder Lily Mendoza offered support for the new Office. “I think our communities and our people are going to be happy about that. People look to the state of South Dakota and at what we’re doing,” she said. “The MMIP office is pretty innovative but will need the help of grass roots organizations and societies to make it work.”

In 2021 the state Legislature created the Office of Liaison for Missing and Murdered Indigenous Persons. The Office of Liaison will coordinate with the U.S. Attorney’s Office, the Department of Justice, state and tribal law enforcement agencies to build communication and bridge the gaps in coordination and training.