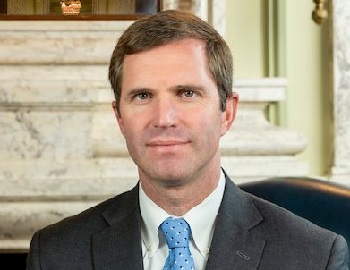 The new line will extend roughly 50 miles through Christian, Todd and Trigg counties and have the capacity to serve Caldwell and Lyon counties. The route will open a large, underserved area of Western Kentucky for industrial development.

“Currently, the region is served by a small pipeline from Tennessee, and with so much recent economic development, and even more coming, there’s a need to expand that supply,” Governor Beshear said. “When world-class companies look to locate here, they need world-class infrastructure to support their needs. I’m happy to be alongside these other leaders to announce that that’s exactly what we’re going to do in building this line.”

Thanks to the recommendation of Representative Jason Petrie of Elkton, lawmakers passed – and the Governor signed – House Bill 1, which allocates $30 million over the next two years, $15 million this fiscal year and $15 million next fiscal year, to help build a new pipeline that will serve the counties.

“I want to recognize the legislature, and especially Representative Petrie, for his recommendation of this funding,” the Governor added.

“I’m extremely pleased to see our region take advantage of the pipeline project to increase local access to natural gas. This is certainly a quality-of-life issue, as well as helping position the area for future economic development opportunities,” Representative Petrie said. “I was glad we could include this project when we drafted the state budget and happy to see the Governor also bring attention to it. The impact on our district certainly weighs heavily on my mind as we consider making additional investments in the next budget.”

“I am always happy to see infrastructure progress taking place in our communities; projects such as this gas line initiative,” said Senator Mike Wilson, of Bowling Green. “Unfortunately, legislative duties in Frankfort kept me from attending today’s event, but I will continue to support much-needed infrastructure projects in my district.”

Since the start of Governor Beshear’s administration, these counties have seen over $850 million in business investment and more than 1,070 new jobs.

More than $409 million in new investment has been made in Todd County, and those investments have created more than 250 jobs for people in this region.

The largest investment was from Novelis. This aluminum company is investing over $7 million to build two major operations in Todd County. The company’s most recent investment came in January of this year and brought 140 jobs to this community.

Todd County Judge/Executive Todd Mansfield, who accepted the check from the Governor, said, “On behalf of the Todd County Fiscal Court, I would like to thank Governor Andy Beshear for his support and work with the legislature, particularly Representative Petrie, to see this natural gas project come to life. This project not only benefits Todd County, but it benefits a five-county region of Western Kentucky with the possibility of expansion. The Governor’s continued investment in our state’s future, namely Western Kentucky, is welcomed and appreciated.”

Novelis’s operation extends the commonwealth’s core strengths in the key sectors of metals and autos.

Kentucky is home to 230 metals-related facilities, which employ about 30,000 people. Since Governor Beshear took office, metals projects have contributed nearly $2 billion in investments and created more than 2,500 full-time jobs. New metals-related businesses in the state made up $1.4 billion and nearly 2,000 jobs from that total.

In July, the Governor also announced continued growth of electric vehicle-related manufacturing in the region, as Ascend Elements Inc., a producer of advanced, sustainable battery materials made from recycled lithium-ion batteries, will invest $310 million and create 250 full-time jobs in Christian County. The Governor noted this is the single largest economic development project in the county’s history.

Today’s funding is helping to support the recent economic momentum in the commonwealth.

In 2021, the commonwealth shattered every economic development record in the books. Private-sector new-location and expansion announcements included a record $11.2 billion in total planned investment and commitments to create a record 18,000-plus full-time jobs across the coming years. Kentucky’s average incentivized hourly wage for projects statewide in 2021 was $24 before benefits, a 9.4% increase over the previous year.

In the past year, the Beshear administration announced the two largest economic development projects in state history. In September 2021, Governor Beshear and leaders from Ford Motor Co. and SK Innovation celebrated a transformative $5.8 billion investment that will create 5,000 jobs in Hardin County. And in April of this year, the Governor was joined by leadership at Envision AESC to announce a $2 billion investment that will create 2,000 jobs in Warren County. These announcements solidify Kentucky as the EV battery production capital of the United States.

The economic momentum has carried strongly into 2022, with both S&P Global Ratings and Fitch Ratings upgrading Kentucky’s financial outlook to positive in recognition of the commonwealth’s surging economy.

And Site Selection magazine placed Kentucky at 6th in its annual Prosperity Cup rankings for 2022, which recognizes state-level economic success based on capital investments.

Kentucky has posted record low unemployment rates for four consecutive months, falling from 3.9% in April to 3.8% in May and 3.7% in June and July.

In July, the Governor reported the highest annual growth rate in 31 years. And for the second year in a row, Kentucky’s General Fund budget surplus has exceeded $1 billion. Also in July, Governor Beshear reported that the state’s rainy-day fund is up to a record balance of $2.7 billion, significantly higher than the $129 million balance the fund had when the Governor took office.

In September, Kentucky reported that August 2022 General Fund receipts hit an unprecedented high for any August on record, marking 21 straight months of growing revenues for the state.