Eddyville, KY - On Tuesday, September 20th, 2022, Kentucky State Police (KSP), Post 1 received a call from the Kentucky State Penitentiary in reference to a report of sexual conduct between an inmate and a correctional officer.

A KSP trooper responded to the facility and began an investigation.

The investigation resulted in the arrest of Trista Fox, age 38, of Princeton, KY. 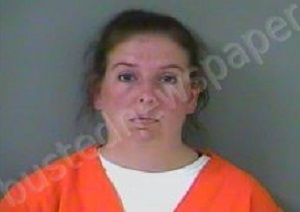 Fox was charged with:

Ms. Fox was lodged in the Crittenden County Detention Center.

The investigation is ongoing by Kentucky State Police, Post 1.