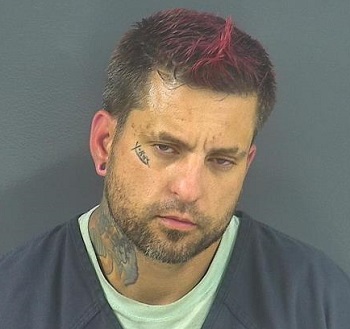 RUSSELL SPRINGS, KY - The Kentucky State Police (KSP) is reporting that a traffic stop conducted by a KSP Trooper in Russell Springs on Sunday night leads to drug trafficking arrest.

On September 25, 2022, at approximately 10:57 p.m., a KSP Trooper conducted a traffic stop on a 1999 Chevrolet Cavalier passenger vehicle on Rose Street in Russell Springs. The Trooper observed a passenger in the vehicle not wearing a seat belt.

During the traffic stop, the Trooper learned that a passenger in the vehicle had a warrant for his arrest.

The passenger was identified as Patrick Michael Sisco (37) of Yosemite, KY.

Sisco was removed from the vehicle and placed under arrest. Due to his arrest, Sisco was searched and the search produced suspected methamphetamine, suspected marijuana, and prescription medication pills. Also discovered during the search was a handgun and a large sum of cash.

In addition to his warrant, Sisco was arrested and lodged in the Russell County Detention Center and was charged with the following:

The investigation is ongoing by Trooper Jake Smith. Trooper Smith was assisted at the scene by:

Attached photo of the accused is courtesy of the Russell County Detention Center.