SMITH COUNTY, TN – An investigation by special agents with the Tennessee Bureau of Investigation (TBI) has resulted in the arrest of a Carthage woman on an aggravated assault charge.

On September 29th, 2022, at the request of 15th Judicial District Attorney General Jason Lawson, TBI special agents joined officers with the Carthage Police Department in investigating a shooting that occurred at a residence in the 700 block of Jefferson Avenue.

During the course of the investigation, agents developed information indicating that when the victim came to the home to retrieve items, homeowner Sharon Camp confronted her and a fight between the two ensued.

The investigation revealed that at some point during the fight, Camp fired a firearm, injuring the victim. 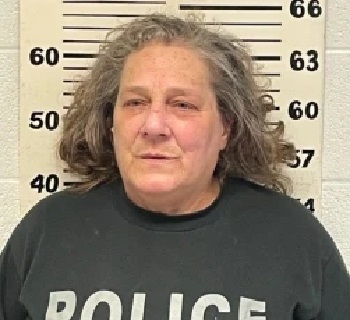 On Thursday, Sharon Camp (DOB 12/25/1961) was arrested and charged with: One count of Aggravated Assault – Domestic.

Attached photo is courtesy of the TBI.