CLATSOP COUNTY, OR (October 10, 2022) - The Oregon State Police is reporting that on Thursday, October 6, 2022, at about 2:42 P.M., an Oregon State Trooper assigned to the Astoria Area Command stopped a black van for several traffic violations on U.S. Highway 30 westbound near milepost 89.

During the traffic stop, the Trooper noted the driver displayed several signs of impairment and was subsequently arrested for DUII. The involved vehicle was searched, and the following items were seized: 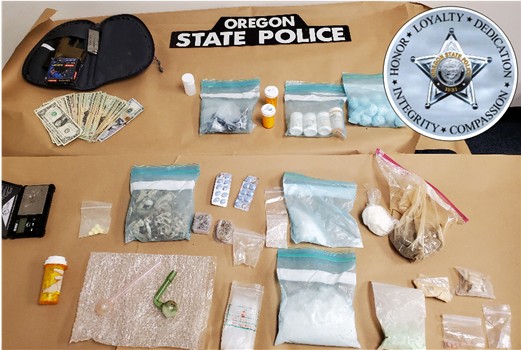 The driver, who was identified as Jamie Redman Brown (47) from Hammond, Oregon, was lodged in the Clatsop County Jail on the following charges:

OSP Troopers were assisted during the investigation by Detectives from the OSP-Criminal Investigations Division-Drug Enforcement Section (Domestic Highway Enforcement Initiative).