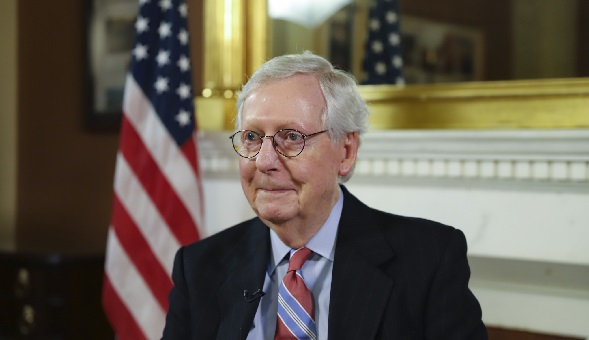 “Runaway inflation isn’t the only crisis keeping American families up at night.

“The last two years have seen law and order deteriorate across our country. Public safety has eroded. Violent crimes like murders and carjackings are breaking records. And our southern border has turned into a turnstile.

“We have seen the violence and chaos firsthand in Kentucky, especially in my hometown of Louisville.

“But we aren’t alone. This is a nationwide phenomenon on Democrats’ watch.

“Philadelphia just saw their one-thousandth carjacking this year. It’s not even October yet. Carjackings in Philly have quadrupled just since 2019.

“In Phoenix, Arizona, the first half of this year saw homicides jump up more than 25% compared to 2021. One woman whose brother and cousin were both shot and killed a few weeks ago said, ‘it’s like the community has become accustomed to it.’

“Nationwide, robberies and thefts in big cities shot up 20% in the first half of this year.

“It turns out that when an entire political party builds its brand around undermining the police, going easy on repeat offenders, and putting criminals’ interests ahead of innocent families’ — bad things happen.

“Bad things also happen when that same political party decides to stand down on border security.

“Over two million illegal immigrants apprehended by CBP this fiscal year. Not even counting all the people who evaded capture. An avalanche of illegal drugs coming into our land.

“These are massive concerns among the American people. Concerns that our Senate Democratic majority has intentionally spent all year doing nothing to address.”