Two arrested including a Wanted Suspect during Investigation of an Alleged Assault in Laurel County, Kentucky

The arrests occurred off Old Richmond Road, approximately 3 miles north of London after deputies were dispatched to an alleged assault there.

Upon arrival at the scene deputies conducted an investigation and learned that allegedly one of the subjects had struck a male subject.

In addition, it was determined that another male subject there was wanted on outstanding warrants. 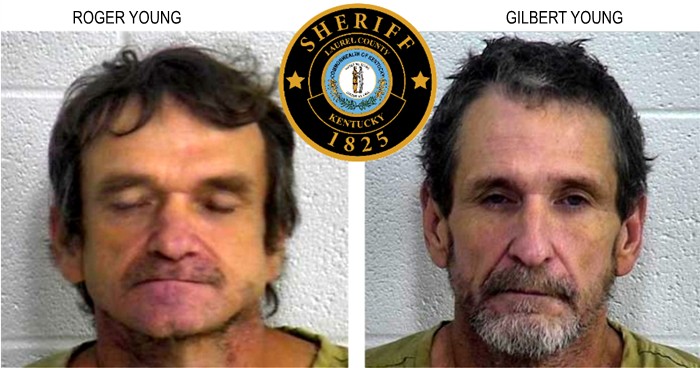 Roger Young was charged with:

Gilbert Young was charged on a Laurel Circuit Court bench warrant of arrest charging probation violation regarding charges of:

Also, the subject was charged on a Laurel District Court bench warrant of arrest charging failure to appear in court on:

Photos of the accused are courtesy of the Laurel County Correctional Center.