Exclusive Coverage of The Life and Death of Shaylee Morgan Goins Part One: More than Just a Victim 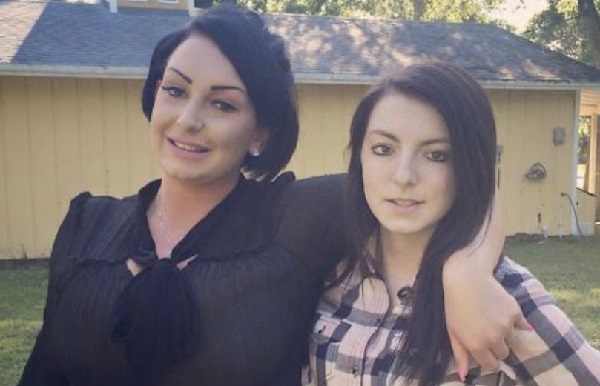 Brevard County, FL (October 26, 2022) - On June 14th of this year ClayCoNews published information about a joint investigation in Dyer, Tennessee surrounding what authorities were originally calling a "suspicious" death after a woman was found deceased in her home.  Following the course of the investigation a man was indicted and charged with the first-degree murder of his then girlfriend.  A 23-year-old woman was the victim of this crime, but she was so much more than just a victim.  Her name is Shaylee Morgan Goins, and this is the beginning of the rest of her story.

Born to her mother, Jennifer Goins, on March 8th, 1999, Shaylee was the second of what would ultimately be 4 siblings.  She had an older sister named Peyton and two younger brothers named Caden and Preston.  She grew up in Melbourne, Florida and was a girly girl whose favorite colors were pink and purple.  Her family and close friends were her whole world.  They affectionately nicknamed her "Shaylee Bug" and she is described as being very shy at first.  Once Shaylee would "warm up" to somebody she was very loving and constantly uplifting to those around her.  She was supportive with a degree of loyalty that is all too uncommon in today's world.  Her ability to make those closest to her laugh and smile will never be forgotten.  She oftentimes would place the needs and wants of others above and beyond her own concerns showing just how selfless she really was.

Shaylee Bug was a lover of all things to do with music.  She enjoyed going to playlist live events, concerts, and YouTube meet and greets where she could interact with her favorite singers and influencers.  Ms. Goins also liked doing her make-up and making her own videos to upload to social media.  Shaylee enjoyed shopping at the mall and grabbing a Starbucks.  Her favorite foods were Chipotle, Chicken Parmigiana, and tacos.  She also enjoyed coffee and snacks.  Shaylee loved listening to music and dancing.  Her sister, Peyton, describes her as the light of their life.  Shaylee and Peyton lived together for some time and Shaylee was always very quick to lend a helping hand with her oldest nephew and she genuinely loved all children.

Ms. Goins was a religious person who believed in God and that is quite possibly the source for all of the love that emanated from her.  Shaylee was the peacekeeper, and she always did everything she could to avoid a fight or an argument.  At the same time, she believed in standing up for what was right and upholding the truth, she just didn't want anyone to argue about it.  Shaylee felt like if people would just do the right thing it would eliminate the need for conflict.  Wise words that could apply to most of the world's problems today.

In November of 2019 Shaylee Goins left Florida and traveled to Tennessee to meet an aspiring music artist she met online and had been talking with by telephone.  Her visit was planned for a week, but it turned into a permanent move after he became her first boyfriend.  Her family would remain in touch with her, but they had no idea of the absolute nightmare she had found herself in.  Always being the faithful person that she was, Shaylee hid many of the problems she was facing. Her naive loyalty was turned against her as the control began to engulf her.  Ms. Goins' family has even gone so far as to say that at times when there was communication that they felt like it was not Shaylee who they were communicating with.

Even though communications grew fewer and farther between Shaylee's family took her at her word that she was just working hard and that everything was fine.  They would later discover just how abused she was.  When Shaylee Goins life was taken from her, she weighed a mere 77 pounds.  She had scheduled a long overdue visit home in July of this year, but she would never make the trip because she was killed in June.  Too many times families and friends of a lost loved one question what more they could have done.  Truthfully, only the person(s) responsible for the crime are to blame.

When the crime scene was released and the family was finally able to gain entry into her residence, they discovered that the tragedy was even worse than they could have imagined.  Remember that Shaylee loved children and she always wanted to be a mother.  It turned out that Shaylee Goins was in fact a mother.  A pregnancy that was hidden from the family produced a baby girl named Chanel Constance, who was born August 24th, 2020.  The family found her ashes inside of Shaylee's home.  Once Ms. Goins body was released by the coroner the family had her transported back to Rockledge, Florida where they buried Shaylee and her daughter Chanel's ashes together; never to be separated again. 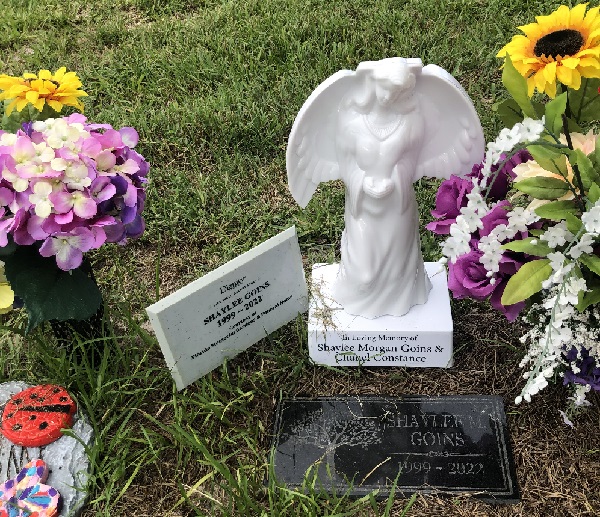 Following her untimely death, Ms. Goins family would learn a harsh reality.  In the world we live in today, the attention is usually focused on the criminal and not the victim.  In an effort to keep Shaylee's memory alive her sister Peyton has started a "Justice for Shaylee" Facebook Page.  She wants everyone to know exactly what has been taken from them.  Peyton will never get to make Chicken Parm for her sister again.  Never again will they embrace and share the love and laughter of sisters.  Their children will not know each other and grow up together.

There will always be an empty void in the hearts of Shaylee's family and friends.  Shaylee Morgan Goins was the victim, but she was and always will be so much more than that.  Her true legacy is the love and joy she shared with everyone who knew her.

To the family and friends of Shaylee and her daughter Chanel,

You have my deepest sympathies and I thank you for the trust you have shown in allowing me to share Shaylee's story.