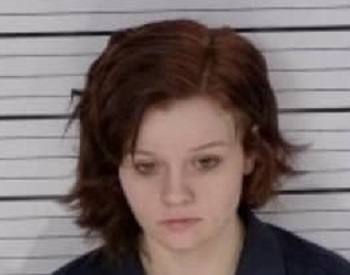 After further investigating Chief Deputy Vega discovered that nobody had been stabbed, but the male had accidentally cut himself unrelated to the domestic.

It was also discovered the two females had been in a physical altercation.

Chief Deputy Vega located a bag of suspected Crystal Methamphetamine and drug paraphernalia on one of the females. She was arrested while the other female went to the hospital by ambulance after complaining of head injuries.

The arrested female was indentified as Kimberly Deaton, 23 of Hazard, KY.

Kimberly Deaton was charged with:

Photo of the accused is from Leslie County Sheriff’s Office Facebook page.