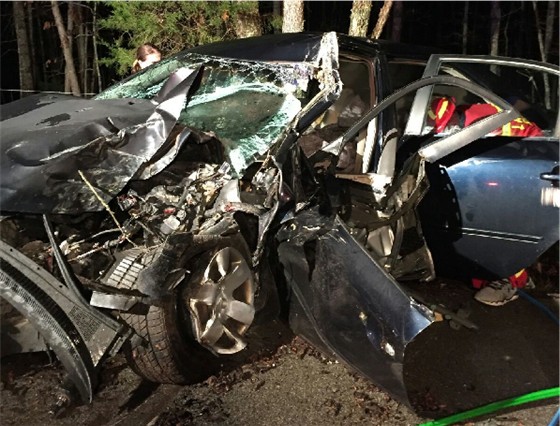 The investigating deputy reports that apparently a blue colored 2007 Hyundai Sonata was traveling northbound on Hawk Creek Road when it rounded a small curve, losing traction on the wet road, causing the vehicle to spin and crossing the roadway to the left side and entered a small ditch, traveled along the ditch line before striking a tree, then spinning around striking a fence and coming to rest.

The driver of the vehicle was trapped in the vehicle and had to be extricated by mechanical means.

The driver was identified as :Amy Hubbard age 37 0f Hawk Creek Road, London – transported by Ambulance Inc. of Laurel County to a nearby landing zone and airlifted by PHI helicopter to UK Med Center in Lexington for treatment of serious injuries.