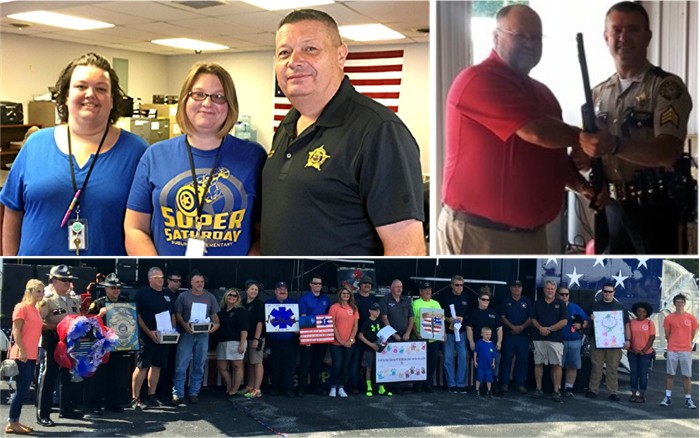 Laurel County, KY - Sheriff John Root is reporting that: the Laurel Sheriff's office was invited to attend four area first responders appreciation ceremonies on September 10 and September 11 in conjunction with the 15th anniversary of the 9–11 attacks on America where police officers, firefighters, and other first responders lost their lives protecting and serving.

Laurel Sheriff's Sgt. Larry Parrott was presented with a wreath and a flag with a thin blue line in it to be displayed at the Laurel County Sheriff's office.

Sheriff Root would like to think all area businesses, churches, schools, citizens, and all others for their wonderful showing of support for the Laurel County Sheriff's office staff and all first responders. These acts of kindness are truly heart felt!!! Thanks again!!!