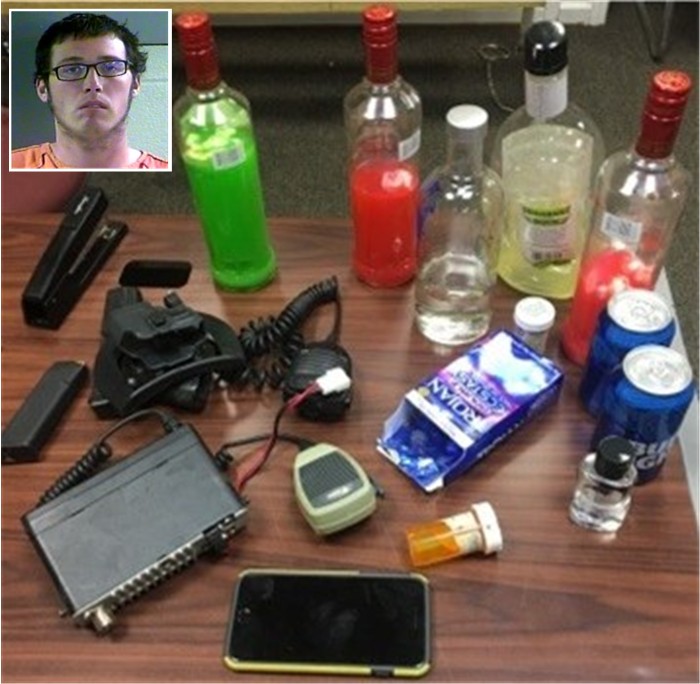 The arrest occurred off Slate Lick Road, approximately 2 miles north of London after deputies were dispatched to a complaint that a male subject was reportedly en route to a residence to pick up a 12-year-old female juvenile. Deputies were also told that the 12-year-old's father was attempting to keep the adult male there until police could arrive at the scene.

The 2 met through a mutual friend. Apparently, the father became aware by monitoring her social media. Deputies found the adult male in possession of Hydroxyzine, and a white powder substance crushed up in a small baggie, a large quantity of alcohol, condoms, a badge, a pistol and a police radio.

Joshua Wagers was lodged in the Laurel County Detention Center.