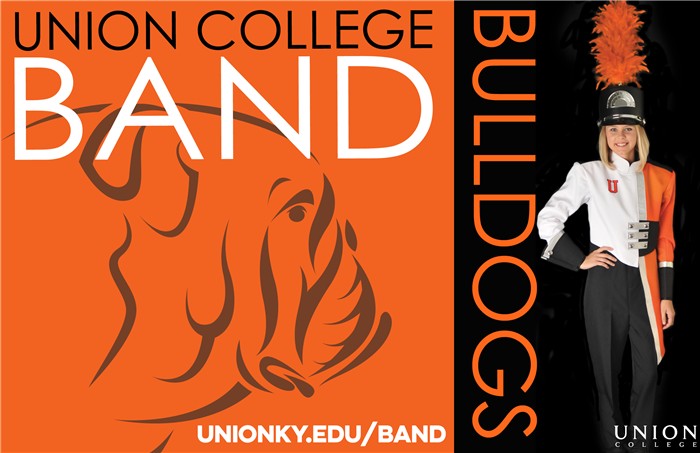 Barbourville, KY - The Union College Bulldog Band is now under the direction of David McCullough, announced Dr. David Johns, Vice-President for Academic Affairs. McCullough began his tenure as Director of Bands/Instructor of Music at the beginning of the fall semester.

“It is very exciting to move into this role at Union College,” McCullough said. “I have grown the band programs at every school at which I have taught and look forward to creating the same benefit to our students at Union College.”

McCullough has previously directed the marching, concert and basketball bands at Syracuse and Butler universities. He has also worked with four different university bands and high school athletic departments to create performances for those individual bands. McCullough holds a BM in Music Education and a MM in Music Education from West Virginia University and a DMA in Instrumental Conducting from the University of Washington. In addition to being a musician and band conductor, McCullough is also a published band arranger.

“I enjoy making groups of all ability levels sound better than they really are by matching my arrangements to the various strengths of the groups,” McCullough said.

For the Union College Bulldog Band, McCullough says the first step in the journey of musical development begins with seeing how far the band has progressed in recent years and understanding what lies ahead for the program. McCullough comes to Union in only the band’s second year, following a long hiatus of the program.

“A number of items – equipment, student assistance, etc. – are in place already, as are a number of contacts with regional high school band directors that hopefully will become pipelines for student musicians seeking the advantages of a Union College education,” McCullough said.

McCullough begins his tenure at Union with focus on developing two ensembles – the Union College Bulldog Band and the Union College Pep Band. He has also issued a call to band alumni to get involved with the program, including an alumni performance during this year’s Homecoming. He hopes the alumni network can strengthen the band in terms of recruiting and leveraging resources to further develop the program.

McCullough says Union College offers four different scholarships for prospective band students. Each scholarship is contingent upon auditioning for McCullough. His focus will soon turn to recruiting new students for the program and and setting the tone for years to come.