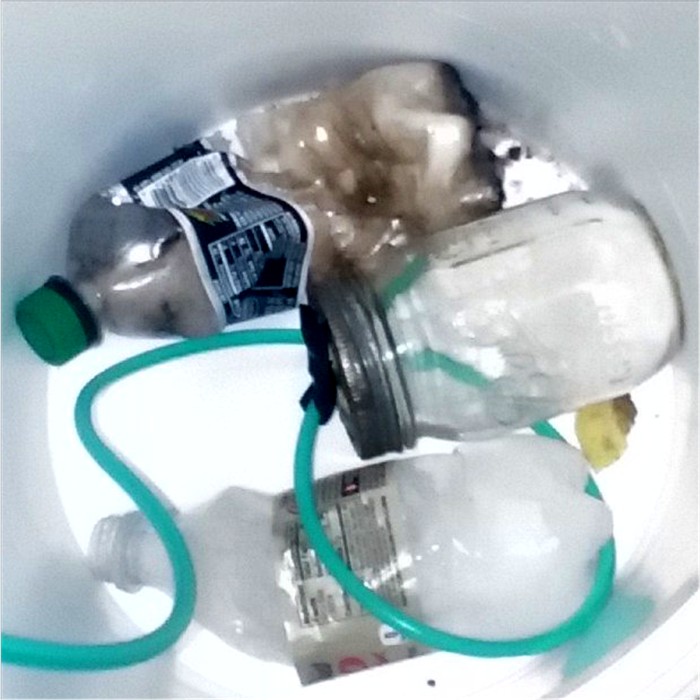 Deputy Jonas Saunders responded and found a meth lab in the woods near an abandoned car. Nobody was near the lab.

No arrests were possible, and the sheriff’s department is requesting the public’s help in the continuing investigation.

Anybody with information about methamphetamine manufacturing in or around the 1400 block of Hwy 1804 is encouraged to please contact authorities by calling Whitley Co. E911 at (606) 549-6017.

Dep. Saunders is continuing the investigation.

Kentucky State Police Drug Enforcement and Special Investigations responded to safely remove the items and properly destroy them. It was determined there were two one-step labs and three other devices used in the manufacture of meth at the location.