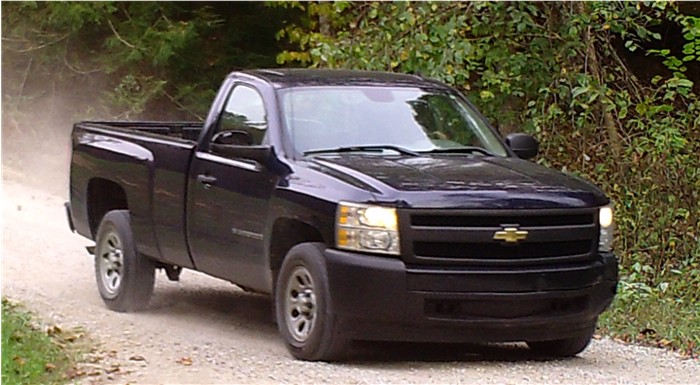 MCKEE, Ky. – The Kentucky State Police, Richmond Post is investigating a fire that destroyed a cabin on Carpenter Ridge in Jackson County on Friday, October 14, 2016. 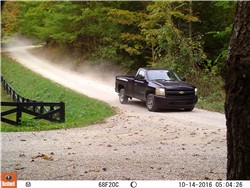 The initial investigation indicates that the cabin located approximately three miles from S-Tree Road on Carpenter Ridge Road, was allegedly set on fire before the first 911 call at approximately 6:20 pm.

As a result of the ongoing investigation, a vehicle was photographed by a game camera near the scene, and KSP is asking for the public’s help identifying the driver or owner of the vehicle for information about the fire. The truck seen in the area is a newer model black single cab Chevrolet pickup.

The Arson Task Force is offering up to a $1000.00 reward for information leading to the arrest and conviction of the person(s) responsible for starting the fire.

The ongoing investigation is being conducted by KSP Post 7 Arson Investigator Pat Alford.