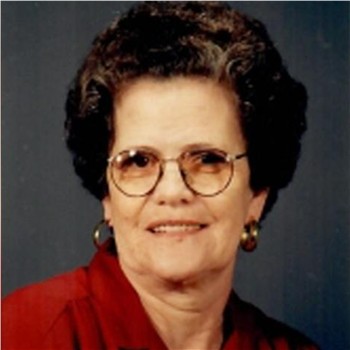 Mae Helton, 86, of Manchester, KY, passed away Monday, January 24th, at the Landmark of Laurel Creek Nursing Home.  Mae was born in Oneida, KY on August 21, 1935, a daughter of the late James and Mary Belle McQueen Gibson.

She is preceded in death by her husband, George Henry Helton.

In addition to her husband and parents, Mae was preceded in death by the following brothers and sisters: Paul Gibson, Ralph Gibson, Sylvia Lou Gibson, Mary Della Gibson, and Jimmy Stella Gibson Jackson

Services will be held at 2:00 PM on Saturday, January 29th at Britton Funeral Home, with Joey Burns and Greg Dwenger officiating. Burial will follow at the Hensley Cemetery on Crane Creek.