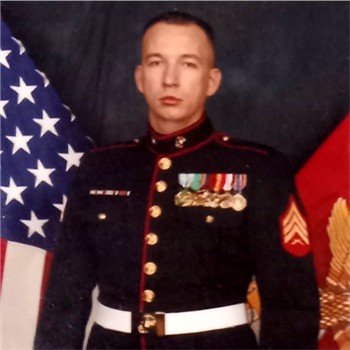 CLAY COUNTY, KY - There are world events that have taken place that will always be remembered by those who were living at the time of those events.  Pearl Harbor. The Bay of Pigs.  The Gulf of Tonkin.  The assassinations of President John F. Kennedy, his brother former Attorney General Robert (Bobby) Kennedy, and Dr. Martin Luther King Jr.  Each generation has had to deal with something that is considered life altering and people never forget where they were or what they were doing when those events took place.  These stories are passed down from one generation to the next and are ingrained into our very beings of existence.  My generation's most life altering such event transpired on September the 11th, 2001.

Some days it feels like a different lifetime and other days it feels like it was just yesterday.  In my particular case I think they are both true.  On Tuesday morning September 11, 2001 I was mowing a small business in Nicholasville, KY for a childhood friend of mine and his father.  They came outside, flagged me down and told me that a plane had hit one of the Twin Towers in New York City.  The second plane, United Airlines flight 175, hit the South Tower just a few minutes later and it became obvious that nothing occurring was accidental.  The tragic loss of life that day should always be remembered, and I hope as a nation and a world that we truly "NEVER FORGET."  I've always felt like the best way to honor and remember the victims and their families is with the truth, but here we are 21 years later, and the truth continues to be mired in controversy.

The official narrative has never been widely accepted among the citizens of our country even though the mainstream media reports otherwise.  In order to silence or discredit those who would ask questions they have been labeled as "conspiracy theorists", nut jobs, and truth deniers.  Revisionist historians have shut down arguments to questions that were never answered by citing sources that were discredited years ago.  The modern news cycle is Fast and Furious in today's digital world and stories get placed on the shelves of oblivion only to be dusted off occasionally or for an anniversary of the event.  Our younger generation is so enamored with the very technology that promises unlimited information but only provides constant distraction.  They are being programmed and I can assure you it is not for the benefit of humanity.  The Mandela Effect is happening in real time before our very eyes.  At some point in time, it was decided by certain individuals that it was too traumatic to show certain videos and photography from that day.  In my opinion we should see it every day!  The people who still believe they are going to get to the bottom of the origins of Covid-19 should start questioning why after 21 years we don't have answers to the events of 9/11.  How's that for some perspective?

There have been over 30,000 reported suicides by U.S. active-duty members and veterans since September 11th, 2001

The following are pieces of the official narrative (ON) accompanied by questions (Q) that are still yet to be answered.  These only represent a handful and are not to be considered all-inclusive.  World Trade Center (WTC) will be used, and all of the below events did not necessarily take place that fateful day, but they are directly related.

Again, the above questions are not all-inclusive and if I started writing down all of the subjects worth inquiring about it would take a lifetime.  Time is the worst enemy of investigating the truth.  Questions go unanswered.  Evidence is destroyed and/or manipulated.  Facebook Posts and YouTube videos disappear.  Eyewitnesses grow old and stop speaking about the truth.  Programmed sheep are herded into opposing corals so they can fight amongst themselves instead of questioning an official narrative.  The majority of the younger generation is being led into a narcissistic existence and they could care less about things that happened last week, let alone over two decades ago.

At least 2,977 people were killed that September day back in 2001.  Another 25,000 were injured.  Several first responders have died, and many are still suffering from physical and mental trauma.  Our country has engaged in two wars and other numerous conflicts in a collective effort known as the Global War on Terror.  Approximately 6,967 U.S. Service members have paid the ultimate sacrifice.  Deaths among civilian contractors, journalists, and humanitarian operations personnel may not ever be truly known.  Numerous civilians have been killed in Iraq, Afghanistan, and other countries as a result of these conflicts.  There have been over 30,000 reported suicides by U.S. active-duty members and veterans since September 11th, 2001.  The cost for these conflicts has been enormous in both blood and treasure.  What does this nation have to show for all of it?  The regions are again under the control of authoritarian regimes who are oppressive to their people.  They see the United States as a dwindling world power.

As a Marine who has served during these times of conflict, I have seen first-hand how quickly the narrative can change.  Questions are ignored or belittled.  People grow frustrated and move on because they know that our government that is supposed to be "By the People and For the People" has grown into a monster that thinks it knows our best interests better than we do.  The members of government expect the citizens to trust them but they themselves do not trust the citizens.  Trust is earned not given and actions speak louder than words.  If they want my trust ever again, they will have to earn it through transparency and preserving the constitution.  Until then ask your own questions and find your own answers.  The truth shall set you free.  Even if it is a freedom of the mind, it is an empowering freedom.

I'll leave you with the words of Marine Corps Colonel Chesty Puller when he was surrounded at the Chosin Reservoir (The Frozen Chosin) in Korea during the winter of 1950, "We are surrounded, that simplifies things."

May we never forget September 11th, 2001, and the events that have transpired since that fateful day.