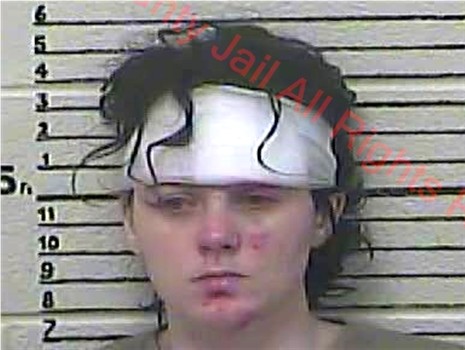 The arrest occurred when Sheriff Robinson received a complaint of a female on Highway 80 covered in blood. Through investigation it was determined the female jumped from a moving vehicle, then walked into the Hima Post Office attempting to fight the Postmaster.

Through investigation it was determined that the subject was manifestly under the influence, the female was transported by Clay County EMS to AdventHealth Manchester where she was treated and later released into the custody of Sheriff Robinson.

Ashley Lewis was charged with: