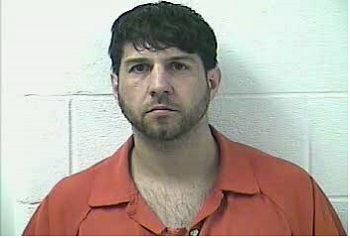 OWENSBORO, KENTUCKY MAN INDICTED AFTER ALLEGATIONS OF A SEXUAL RELATIONSHIP WITH A DISABLED WOMAN FOUND WITH METH DURING ARREST

OWENSBORO, KY (March 16, 2022)—Kentucky State Police troopers charged an Owensboro man after allegations he had a sexual relationship with a woman with an intellectual disability.

Greg A. Rafferty, 42 of Owensboro was charged with multiple felonies.

In the summer of 2021, KSP launched an investigation after allegations were made suggesting Rafferty had a sexual relationship with the disabled woman in Ohio County.

KSP recently presented the investigation to the Ohio County Grand Jury who indicted Rafferty. With the Grand Jury warrant, troopers located Rafferty at his place of employment in Daviess County.

Greg Rafferty was charged with:

Rafferty is lodged in the Daviess County Detention Center.

Photo of the accused is courtesy of the Daviess County Detention Center.