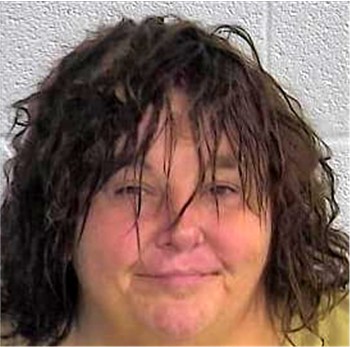 The arrest occurred off Old Way Road, approximately 3 miles east of London after deputies were dispatched to a prowler complaint off nearby Witt Road.

While enroute to the scene, Sgt. Mehler was advised that the suspect had left walking.

Sgt. Mehler located the suspect and learned that allegedly she had entered a property not her own onto a covered patio area of the house and remained unlawfully for a short period of time.

It was also determined that this subject was wanted on an outstanding Clay County warrant.

Samantha Allen was charged with:

This individual was also charged on a Clay District Court bench warrant of arrest charging failure to appear in court on charges of: