Man suspected of being Masked Bandit responsible for Armed Robbery of a Business off U.S. 25 arrested on Kentucky Highway 490 in Laurel County

The arrest occurred on KY Highway 490 approximately 6 miles north of London after this subject was charged on a Laurel District Court warrant of arrest obtained by Laurel Sheriff's Lt. Chris Edwards.

The warrant was in connection to an investigation conducted by Lt. Edwards and Sheriff’s Detective Robert Reed regarding the armed robbery of the Vape Shop off U.S. 25, 1 ½ miles north of London on Friday, February 4th 2022 at approximately 5:14 A.M.

Christopher Vaughn was charged with: 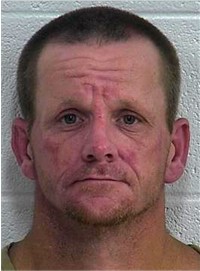 In addition, regarding the Vape Shop robbery, Vaughn was charged with:

This individual was found in possession of a duffel bag containing a large amount of U.S. currency and a pistol.

The suspect stated that someone gave him the bag, however the suspect refused to identify that person's name.

Christopher Vaughn was lodged in the Laurel County Correctional Center.