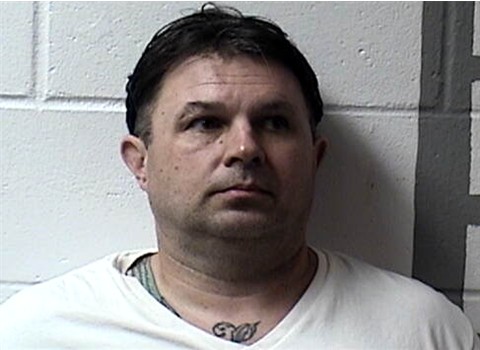 PRINCESS ANNE, MD (May 22, 2022) — The Maryland State Police arrested a man on Friday in connection with the possession of explosive devices in Somerset County.

The suspect, Clement Renee Grangier III, 43, of Princess Anne Maryland, is charged with:

This individual was lodged in the Somerset County Detention Center where he is being held without bond.

Photo of the accused is courtesy of the Somerset County Detention Center.

According to a preliminary investigation, troopers from the Maryland State Police Princess Anne Barrack with the assistance of the Criminal Enforcement Division on Friday served a search and seizure warrant at Grangier’s residence in regards to an on-going malicious destruction of property investigation in Princess Anne, MD.

During the serving of the warrant, seven improvised explosive devices were discovered was and identified as:

The destructive devices found at the scene were not believed to have been part of the additional malicious destruction of property investigation.

All devices were rendered safe on the scene without incident. No injuries were reported.

The case remains under investigation. Additional charges could be pending in this case.