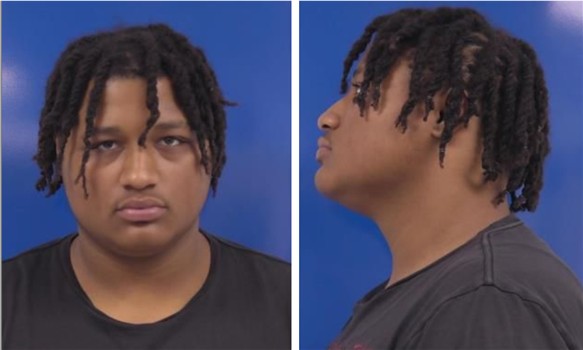 PRINCE FREDERICK, MD – Maryland State Police on Thursday arrested a man wanted in connection with a shooting earlier this month in Calvert County. The suspect arrested is identified as Adam Joseph Holland, 20, of Prince Frederick, Maryland.

According to a preliminary investigation, the shooting occurred shortly before 11:00 P.M. on Wednesday, May 11, 2022 prior to a single-vehicle crash in Calvert County. One victim, the backseat passenger of the vehicle involved in the crash, sustained a gunshot wound to the abdomen. He was transported by medevac to the University of Maryland Capital Region Medical Center. Two other victims were injured in the crash. They were transported by ambulance to the Calvert Health Medical Center for treatment.

Investigators said troopers from the Maryland State Police Prince Frederick Barrack responded to a single-vehicle crash in the area of Orwell Court and Yardley Drive in Prince Frederick, Maryland. Upon their arrival, troopers saw three people in the vehicle, one of whom had suffered an apparent gunshot wound.

Adam Joseph Holland is charged with:

This individual was lodged in the Calvert County Detention Center where he is being held without bond.

The vehicle involved in the crash was a 2008 dark blue Lexus with Maryland registration. The preliminary investigation indicates the driver of the Lexus was backing into a parking space on Orwell Court when a gunshot was reportedly fired and struck one of the occupants. The driver accelerated and struck multiple parked vehicles before the vehicle overturned and landed on its side on Orwell Court.

Troopers from the Prince Frederick Barrack and investigators from the Criminal Enforcement Division responded to the scene and established a perimeter around the area and a search was initiated. Search assistance was provided by the Calvert County Sheriff’s Office.

Crime scene technicians from the Maryland State Police Forensic Sciences Division also responded to process the scene for evidence. During a canvass of the crime scene, a handgun and multiple shell casings were located near the scene of the crash.

Anyone with information about this case is urged to contact Maryland State Police at the Prince Frederick Barrack at 410-535-1400. Callers may remain anonymous.

The investigation into this case continues …